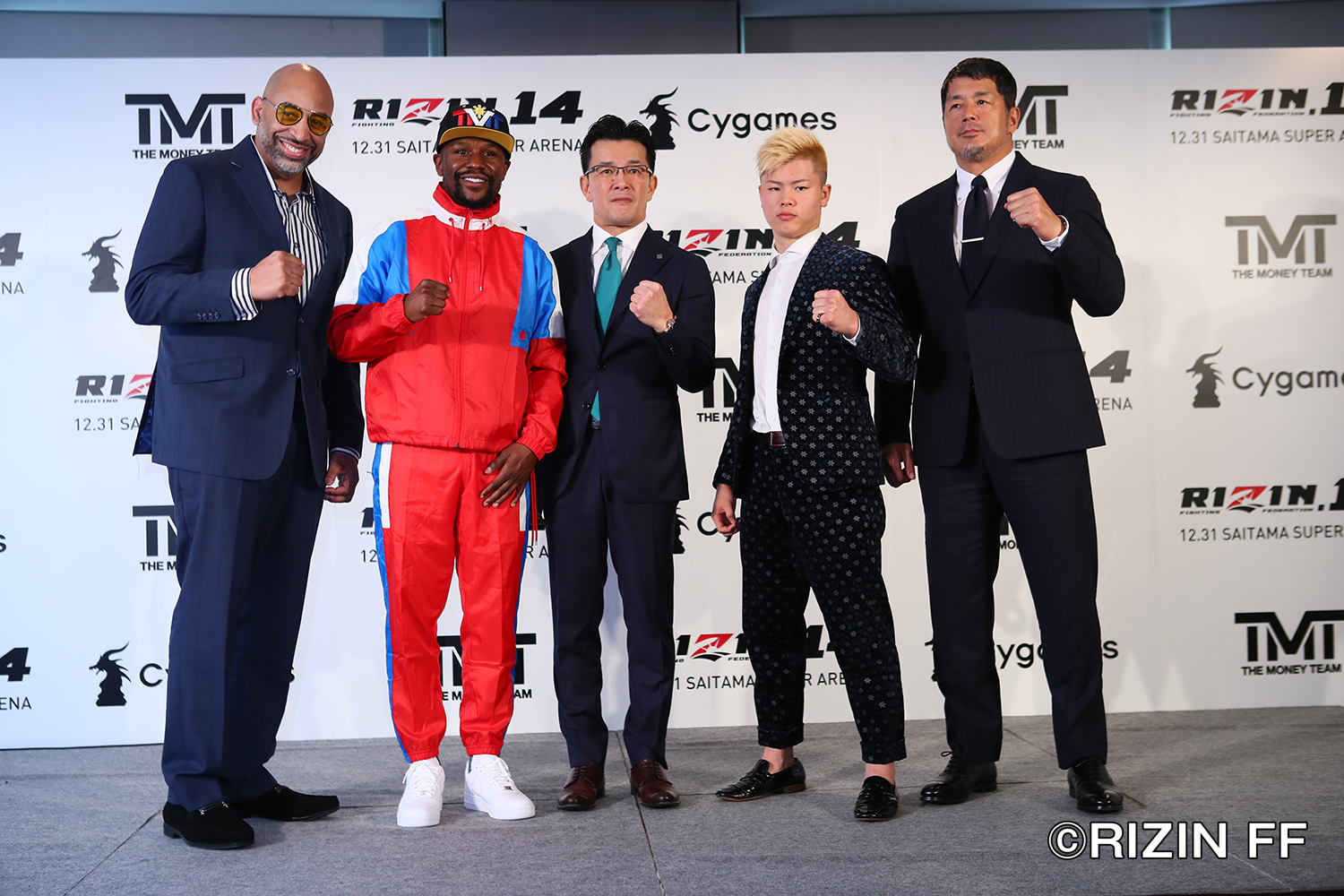 Today live from Tokyo, RIZIN has announced a massive fight between two megastars for RIZIN 14 on NYE.

20-year-old Japanese kickboxing Phenom Tenshin Nasukawa will face one of the greatest boxers of all time in the form of Floyd Mayweather Jr. in a Super Challenge bout. Both parties have agreed to fight each other on NYE. Rules and details are being negotiated and finalized.

Tenshin Nasukawa (27-0, KB / 4-0 MMA) has become one of the most popular fighters in Japan, and perhaps the best combat sports prospect the country has ever seen. Between both MMA and kickboxing fights, “Ninja Boy” has fought over thirty times despite turning 20 just over two months ago. The current RISE Featherweight Champion, Tenshin began to make a name for himself with wins over the likes of Amnat Ruenroeng and Wanchalong PK Saenchai in the KNOCK OUT promotion out of Thailand.

Since those wins, Tenshin has become a massive star under the RIZIN banner. Racking up four dominant mixed martial arts wins, defeating multiple men to be crowned the 2017 RIZIN KICK Tournament Champion, and most recently outpointing fellow superstar Kyoji Horiguchi in the biggest fight the Saitama Super Arena has ever seen. Most assumed the magnitude of that match-up wouldn’t be beaten, but, Tenshin now has his sights on Mayweather.

Floyd Mayweather Jr. (50-0, BX) has a legitimate case as the best boxer of all time, and he has the record to back it up. After winning a Bronze medal at the 1996 Olympic Games in Atlanta, Mayweather turned pro and never looked back. Over the years he has solidified himself as the biggest fighter in combat sports, earning the nickname “Money” in every sense of the word.