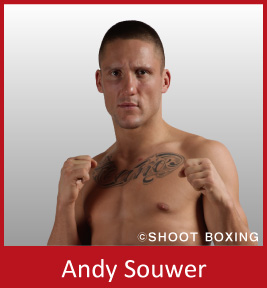 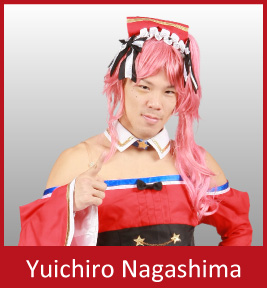 1R
Low kick from Souwer early on. Overhand right lands, then a glancing knee. Nagashima to the body. Another good inside low kick trips Nagashima up. Lead right and they trade in the clinch until Souwer falls to his back.
Souwer looking for deep half guard but unable to apply it. Tries to regain guard, again cannot. He manages to get full guard.
Nagashima stands over him and kicks at his legs, then tries to stomp. Souwer kicks him off, then lashes into him with powerful punches. Nagashima hits a nice entry into a heel hook, but can’t get it fully on. Souwer takes top position and into hard ground-and-pound as well as knees to the head.
Souwer continuing to do damage from the top. Nagashima gets half guard. Brutal knees by Souwer as Nagashima tries to work his way up.
Souwer stands over him and misses with a stomp, then smashes Nagashima with a very accu-rate and brutal combination when Nagashima gets back to his feet. Nagashima goes down and Souwer gets the TKO stoppage.
Souwer in-ring comment after the match:
“Hello! I have been practicing kick boxing, shoot boxing since I was 7 and I have fought in K1. Tonight in an MMA fight I won and it feels a little strange. Thank you for all the support and happy new year to you all. Domo Arigato! I want to thank Rizin for inviting me to this event.
It is in Japan where I was able to be most successful, and I want to come back to Tokyo and be successful again.
An Interview with Andy Souwer
How do you feel your first MMA fight went?
Of course I am very happy. I have already watched the fight back and I think I did a good job. I want to keep fighting in MMA and get better.
How did you feel when Nagashima was able to lock on a foot lock?
I knew he wouldn’t tap me out with that. I had a backup plan. I am still a rookie in MMA, but I plan on getting real good real fast.
Was most of your MMA training done at Nova União?
I have been going back and forward from Holland to Brazil for about 4 years now. I learn how to grapple, and I teach kickboxing. It’s a win-win situation for us. I was able to train with Jose Aldo and am very thankful as he was getting ready for the McGregor fight. I also do ground work training in Holland.
As a kick boxer, how did you feel when you were approached to fight under MMA rules?
Honestly, months before I got the offer, I had been thinking about doing MMA. I spoke to Takeshi Caesar who helped me get into Rizin and I am very thankful for that.
An interview with Yuichiro Nagashima
What are your thoughts on how the fight went?
I wasn’t able to do what I trained for. I was aiming for a heel hook but wasn’t able to get close to putting it on, so I think my training was insufficient. However, I made a misinterpretation of the rules. When I was in the 4 point position, I thought we weren’t allowed to knee. He got me good with one knee. I went for a heel hook after that but didn’t have enough in the tank to keep going. I am a stand up fighter so this was difficult for me.
What are your thoughts on your opponent, Andy Souwer?
His punching power is so strong. At the end, I put both my hands up in defense and this was a very big mistake. His knees were largely ineffective and I thought my punches connected quite a lot.
How did you feel fighting on New Years Eve?
Such an amazing tension throughout. After the weigh-in and press conference, I thought to myself “hey you got this!”, and that felt great too. However, I wasn’t able to do the crucial things at the crucial moments and that’s my fault. I apologize to my coaches for that.
What are you aspirations for 2016?
I want to really focus hard on my stand up game. If I happen to get another offer from Rizin, then I will train hard in newaza and then fight Andy again (laughs).
Before you commented that “dressing up in costume is my job, and fighting is my part time job”. Is that still the case?
Yes, nothing has changed. Dressing up in costume is my job, and fighting is my part time job. But I wonder what my part time job this time is? I don’t think I’ll be getting a very good hourly wage. I really wanted to win, and then go and support μ’s on TV.
admin2016-01-05T16:42:59+00:00